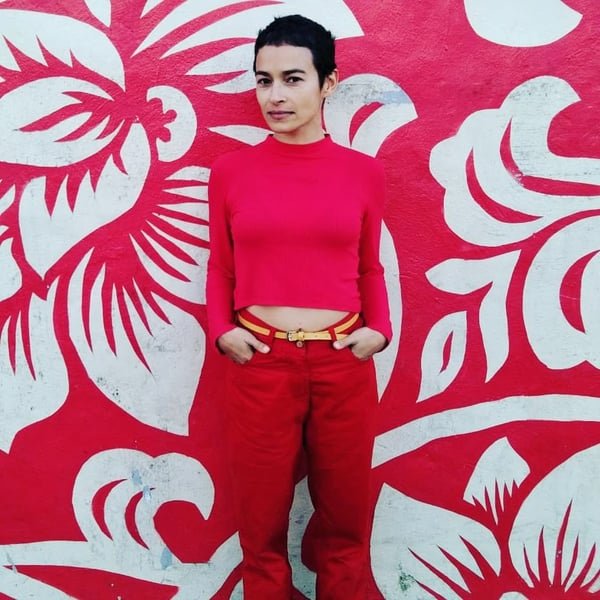 This workshop by Piny, organised in partnership with the association Geração com Futuro (Generation with Future), wanted to give the body time to exist and to move for the pleasure of moving. Bringing the back to the front, opening the eyes and being able to speak. To open space to stop the time of daily tasks, the weight of responsibilities and to be able to exist through movement and dance. A space for the women of Quinta do Lavrado.

Piny was born in Lisbon and has been seriously dedicated to dance since studying Middle Eastern and Northern African dances in 1999. She has traveled through several countries and frequented institutions while continuing her studies. In 2006 she co-founded the female Hip Hop crew ButterflieSoulflow and the collective Soulflow DJs. She teaches nationally and internationally, in amateur, professional and social contexts. She organizes fusion dance festivals, battles, jams, debates on urban dances and also works as a performer. Piny doesn’t believe in borders drawn on paper or anything that separates people, water and land.