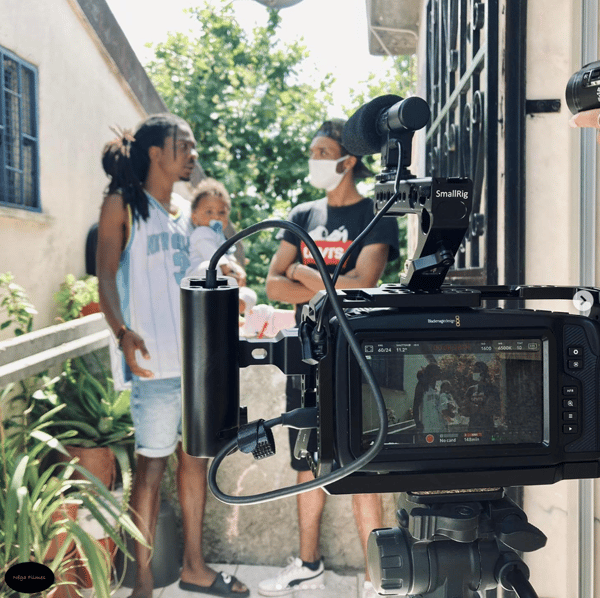 In the workshop by Nêga Filmes the participants will be in contact with all the phases of the production of a short film, during two weeks of work. This audio-visual laboratory aims to be a space for experimentation, where it will be possible to get to know the process of organizing a film narrative, in order to produce an audiovisual product which tells stories marked by the historical prominence of the group of young people involved in the workshop. This process will result in two short films (5-10 min.), which will operate as a collection of images and narratives to be made available to the community of Bairro do Rego.

Nêga Filmes is a collective of Black women who create and think about art. Always from the perspective of having/being a Black body in the world. A deterritorialized body, but at the same time absurdly located and marked. They have already worked with people from Brazil, Kenya, Angola, Cape Verde, Mozambique, Ghana, Tunisia, Burkina Faso, Chile, Portugal, the Canary Islands, Germany and more. People who aggregate their will to speak with/about/for these bodies. Their aim is political, it is poetic and also aesthetic. They intend to think about who they are, in these bodies-selves, like so many others, especially through cinema, poetry, performance and photography. They work with different languages so that they can learn from people and things.