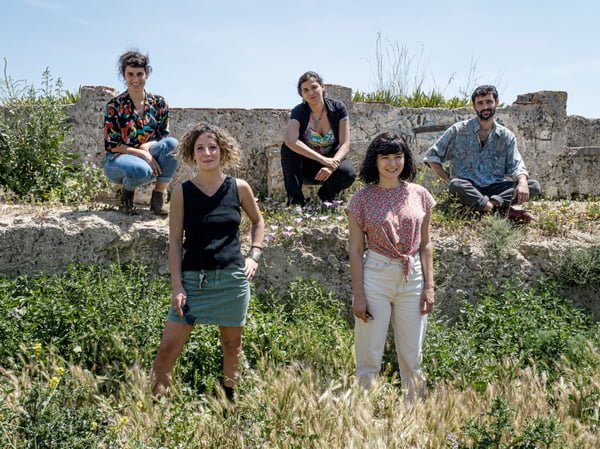 This workshop aims to raise awareness about environmental sustainability and create spaces of fruition in one of the neighbourhood's courtyards, making it more pleasant and involving young and adult populations. The final result will consist of the construction and assembly of a ping pong table and the creation of shades produced by recovered and recycled materials, to be installed in the courtyard adjacent to the association.

This workshop is part of Bairros com Energia, sponsored by Fundação EDP. .

With the support of Formas de Pedra.

Mergulho Urbano is a cultural and environmental non-profit founded in 2020, which arises from the need to rethink the urban space where it operates, promoting the renaturalisation of abandoned or unused spaces and investing in the enjoyment of artistic practices in public space in order to generate civic engagement and critical thinking about the city and the environment. The association's work unfolds in two distinct, though connected branches: the promotion of public green space as a means of encounter and local development, mainly in issues of sustainability of the urban fabric; and the affirmation of culture as an essential factor in the sustainable development of cities and territories on a human, economic, political and social level.