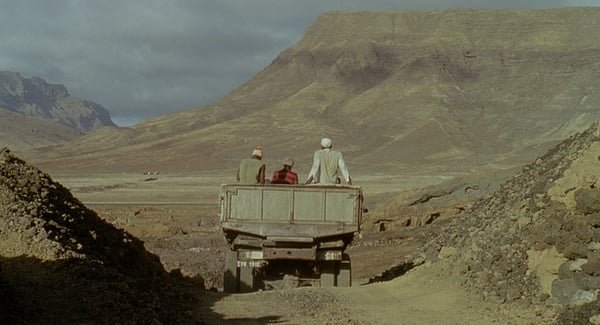 At Alta de Lisboa, filmmakers Luísa Homem and Inês Sapeta Dias proposed to a group of residents from the PER7 and PER11 neighbourhoods the creation of a collective film from the personal and family archives of the participants. Using images (still and moving) and other audiovisual elements — such as videos, photographs, sound recordings, drawings, objects or texts —, the aim of the workshop was to explore the forms of the archive, which always keeps a piece of our lives and of special moments that have already passed.

Filmmaker and editor Luísa Homem is also one of the co-founder of collective/production company Terratreme. She has directed the TV series UM DIA NO MUSEU for RTP2; co-directed the documentaries AS CIDADES E AS TROCAS, with Pedro Pinho, and NO TRILHO DOS NATURALISTAS: SÃO TOMÉ, with Tiago Hespanha. In 2019 she debuted the film SUZANNE DAVEAU. She is currently finishing the script for the series ATLAS - CARTOGRAFIAS DE UM CINEMA AMADOR, with Inês Sapeta Dias and collaborating in the creation of a performance by Sara Goulart titled SARAR. She is also working on the documentary ORLA and her first feature-length film ASSIM VIVEMOS.

Inês Sapeta Dias has organized cinema programs since 2004 (first at the Filmoteca de Catalunya, in Barcelona, and then at the Lisbon Municipal Archive). In 2011 she organized five sessions at Cinemateca Portuguesa (Lisbon) and in 2021 she was one of the curators of a retrospective of Portuguese documentary cinema at États Généraux du Film Documentaire, in Lussas (France). In 2008 she finished her first movie, RETRATO DE INVERNO DE UMA PAISAGEM ARDIDA (16mm, 40'), with financial support ICA/RTP — the movie was screened at various national and international film festivals and showings.